Like many things, cars are not perfect. It is fair to assume something is eventually going to break or stop working no matter what sort of car you buy, and no matter how reliable it is. There are sensors and warning lights in new cars that alert you as they could be indicating an issue with your car. But do you know what all those little icons on the dashboard mean? If not, here are the meanings behind these common car warning lights.

The fog light symbol looks a lot like the one used for the regular headlights, albeit with a squiggly line in front of it instead of three lines that look like beams. Not all cars come equipped with fog lights, though, so it’s possible you’ll never see this dashboard light during the course of vehicle ownership.

All cars have airbags these days. It’s federally mandated (as it should be), and sometimes you’ll see an airbag warning light in your dash. This light can mean a number of things. It can indicate a problem with any number of items, including the sensors that detect crashes and deploy airbags in the event of an accident that has failed. If this light pops up on your dash consistently, then it’s time to take your car to a shop for a lookover.

This doesn’t require a checkup from a professional but it’s quite possibly the most important aspect of driving. Seat belt use is one of the most effective ways to save lives and reduce injuries in crashes, yet millions do not buckle up on every trip. Safety first and put on your belt.

Most drivers who are not a fan of filling up their gas tanks regularly are very familiar with this symbol. When the fuel symbol shows up on the dashboard, it means that the car running low on gas or already using its reserves.

If you see a little red battery on your dash, then that means you’re currently powering your car on the battery alone. When the engine isn’t on, the alternator isn’t actively charging the battery. That means eventually you’ll drain the battery and you’ll likely need a jumpstart to get you going again. If this light is on while your car’s engine is on, then it’s typically a sign that the battery charging system isn’t working.

The check engine light means that one of the many sensors monitoring your car has noticed a problem with the engine. It can be anything from a spark plug fault to the failure of something major such as the intake manifold or low compression. It may be down to a minor electrical issue, but it could also be something which if not checked straight away, could lead to further and more substantial damage. Bring your car to the mechanic when you can.

The traction control system utilizes your anti-lock brake system to determine if one wheel is spinning faster than another. If it detects that a wheel is slipping, it applies the brakes until it regains traction. This is most helpful if you’re driving in rain or snow. 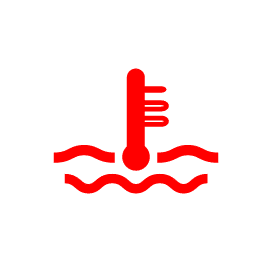 If you see a little thermometer pop up in your dash, that means your car is probably overheating. This most likely has to do with your coolant (also called antifreeze), but it can happen for a variety of reasons. It’s important to address this immediately to avoid further damage.

According to your tire pressure monitor system, at least one of your tires is running low on pressure. Driving on low- or high-pressure tires is unsafe and can cause additional damage to your vehicle. Usually, tire pressure should be between 30 and 35 psi (pounds per square inch). 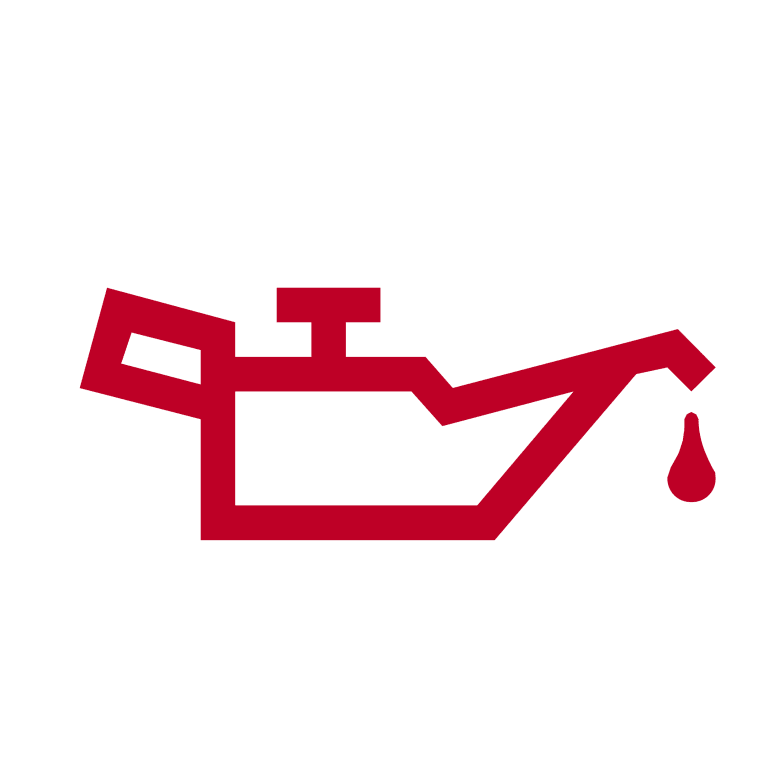 Cars have been able to monitor their engine’s oil pressure for years now. If you’ve seen what looks like a gravy boat light pop up in your dash it means there’s a problem with your engine oil pressure. Without sufficient oil pressure, the engine can’t properly lubricate itself. That can lead to major mechanical problems—the engine could seize and leave you stranded. As a result, it’s best if you get this checked out right away.

Keep in mind that every car is different, so the symbols on your dashboard may vary slightly from the 15 we’ve mentioned. If in doubt, consult your vehicle’s owner manual! Remember to take some of these lights seriously as you may not know what will happen to your car the next moment if you decide to ignore it. When in doubt, always check with your mechanic or a professional.

Mr. Mechanic can come to you for any vehicle repair, service, roadworthy certificate, and inspection needs. Call us for a free quote!